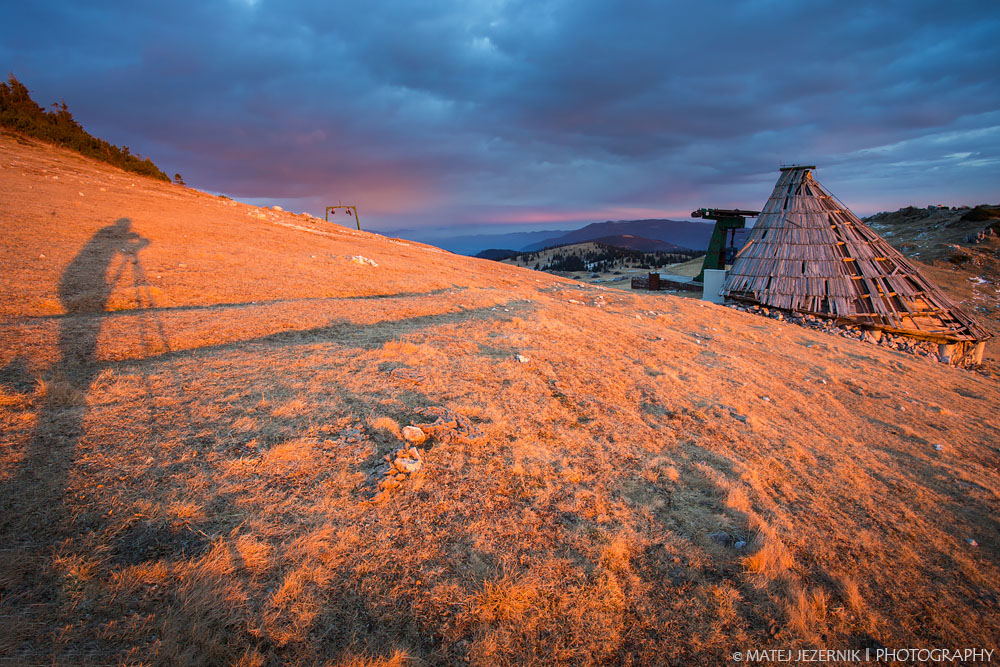 My silhouette on colorful january evening. The sky was pretty overcast. But as the sun lowered towards the horizon there was enough opening to let sun through. I had a few short minutes of landscape which presented itself in warm mix of red, orange and purple color pallete.

The winter this year is particularly dry. There is no snow cover up to the highest parts of the mountains ! Two days later the winter has come, but not entirely. Temperatures droped significantly as the arctic air overspread us, but all we got was a lot of wind and extremely dry air ! Today on 6.1.2016 just few hundreds meter from the standpoint of this picture i was able to measure peak wind speeds of 97 km/h. The temperature was -16.5°C. The actual feeling(windchill) was as it was -34°C.

This entry was posted in Uncategorized.